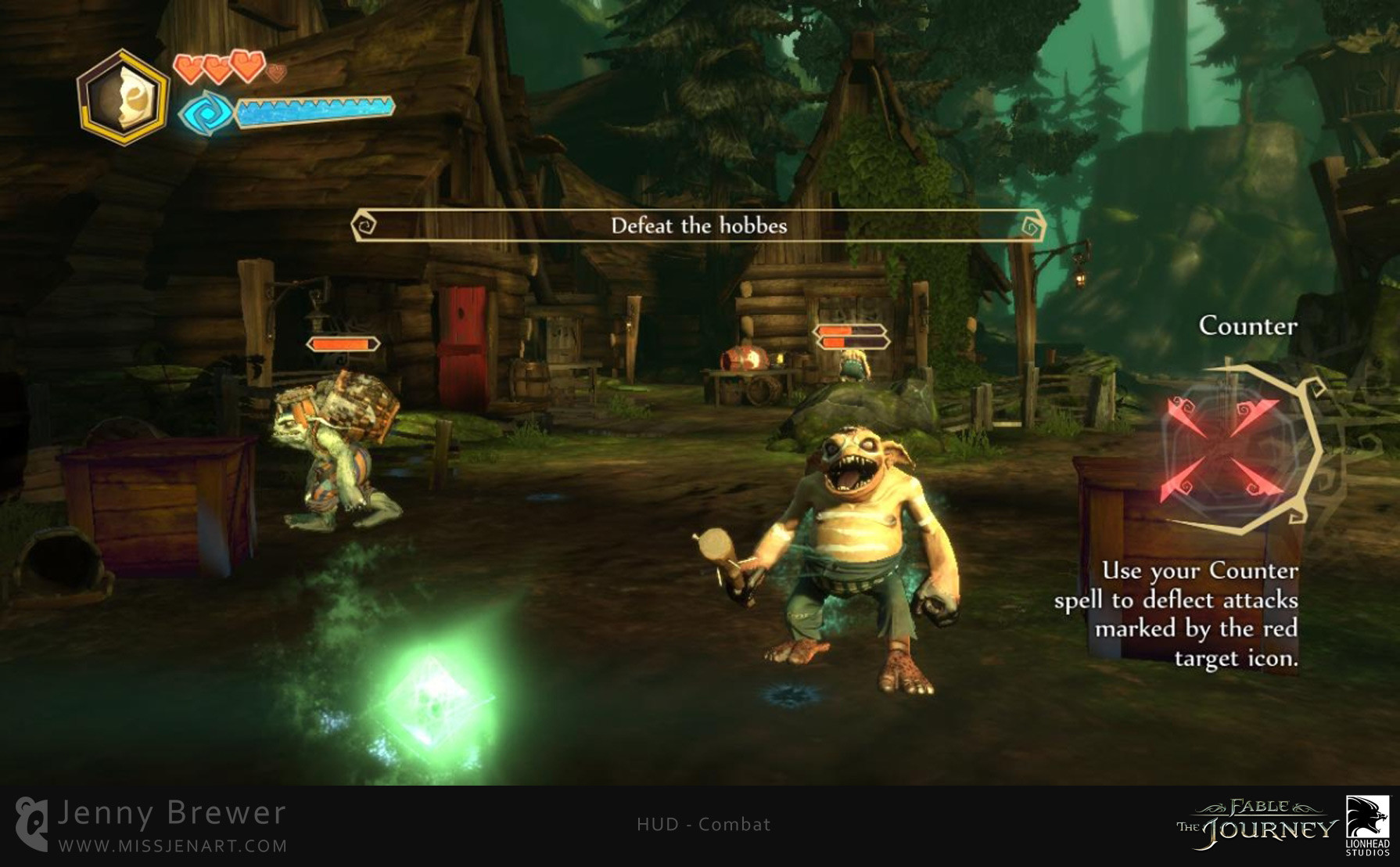 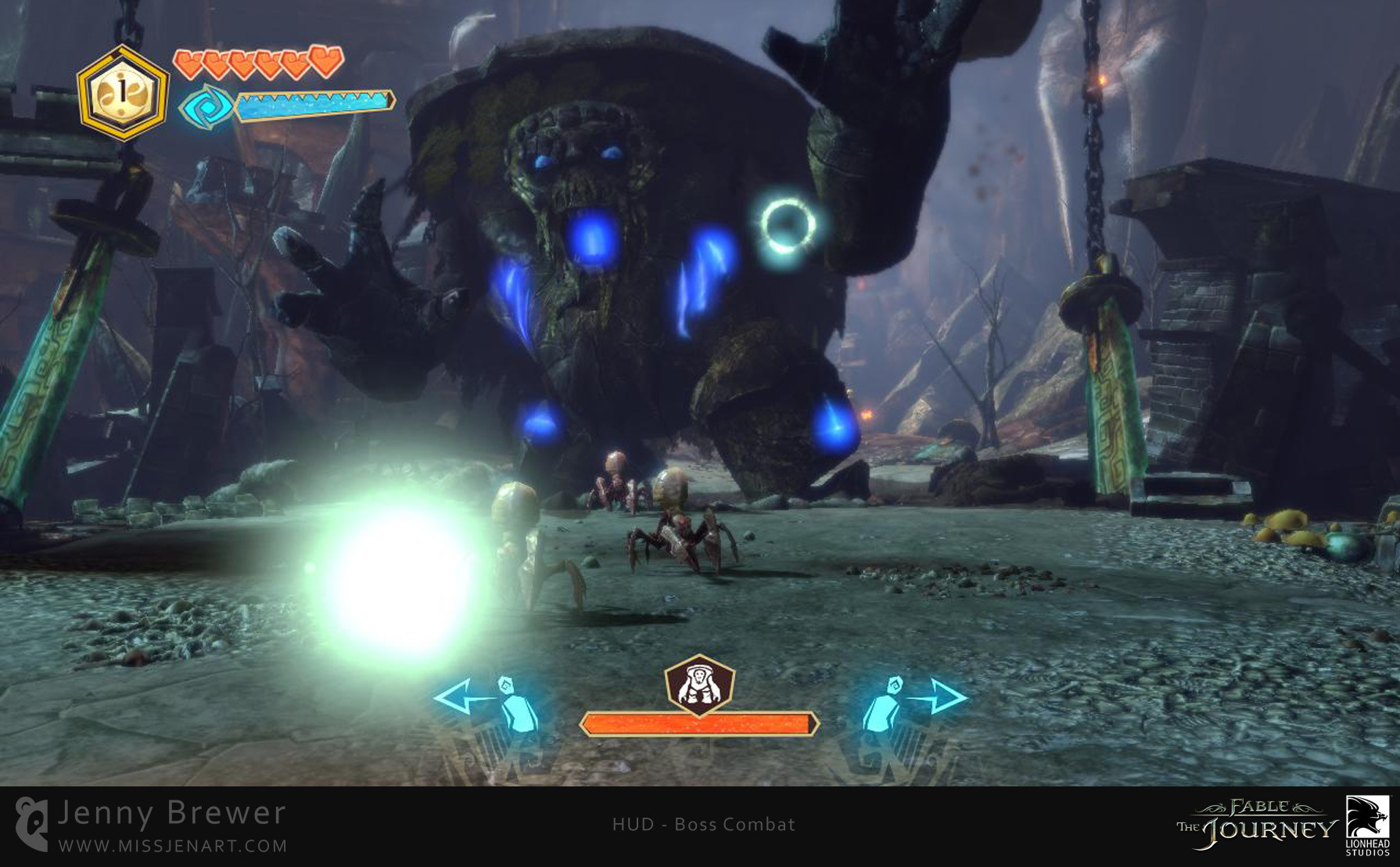 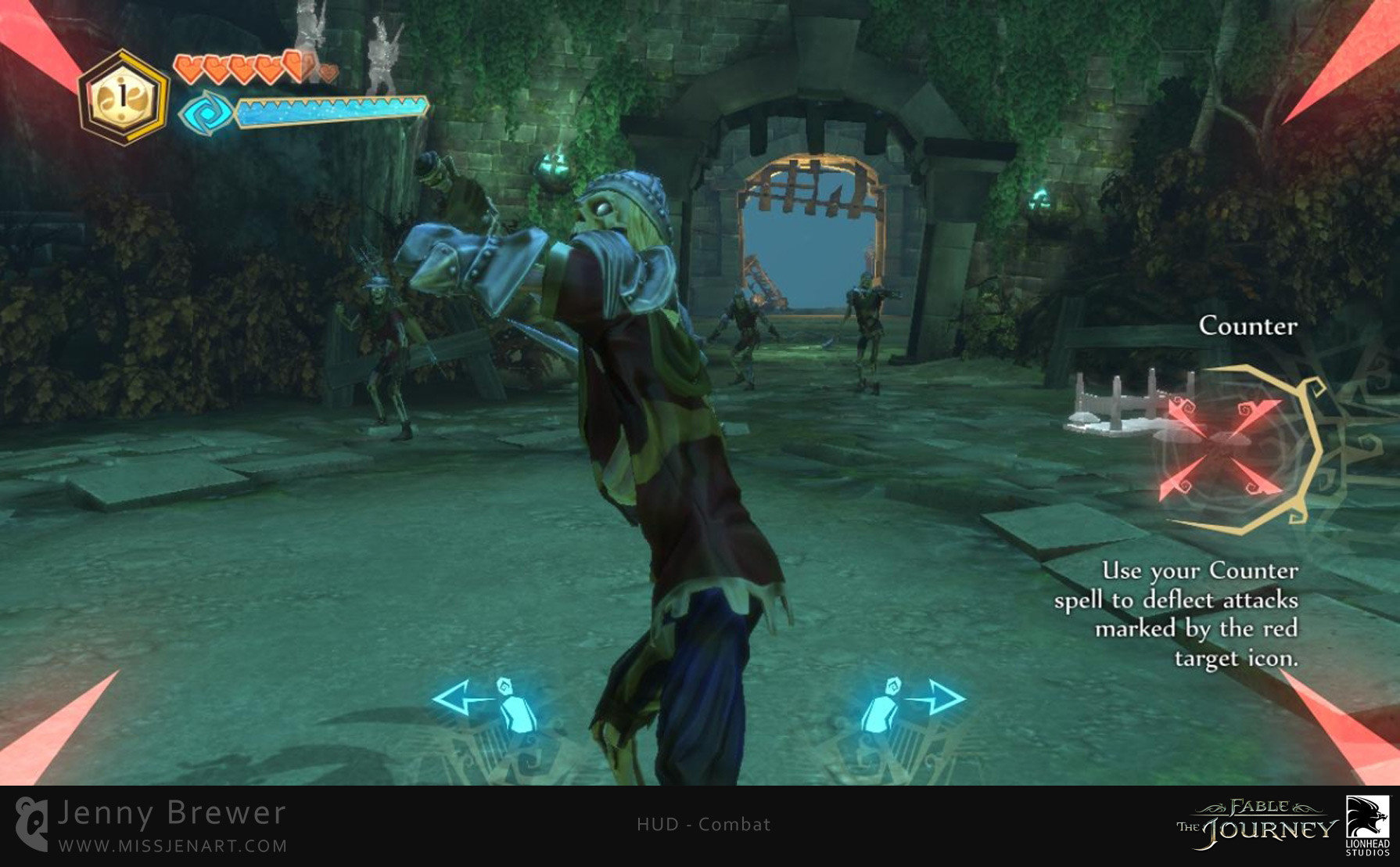 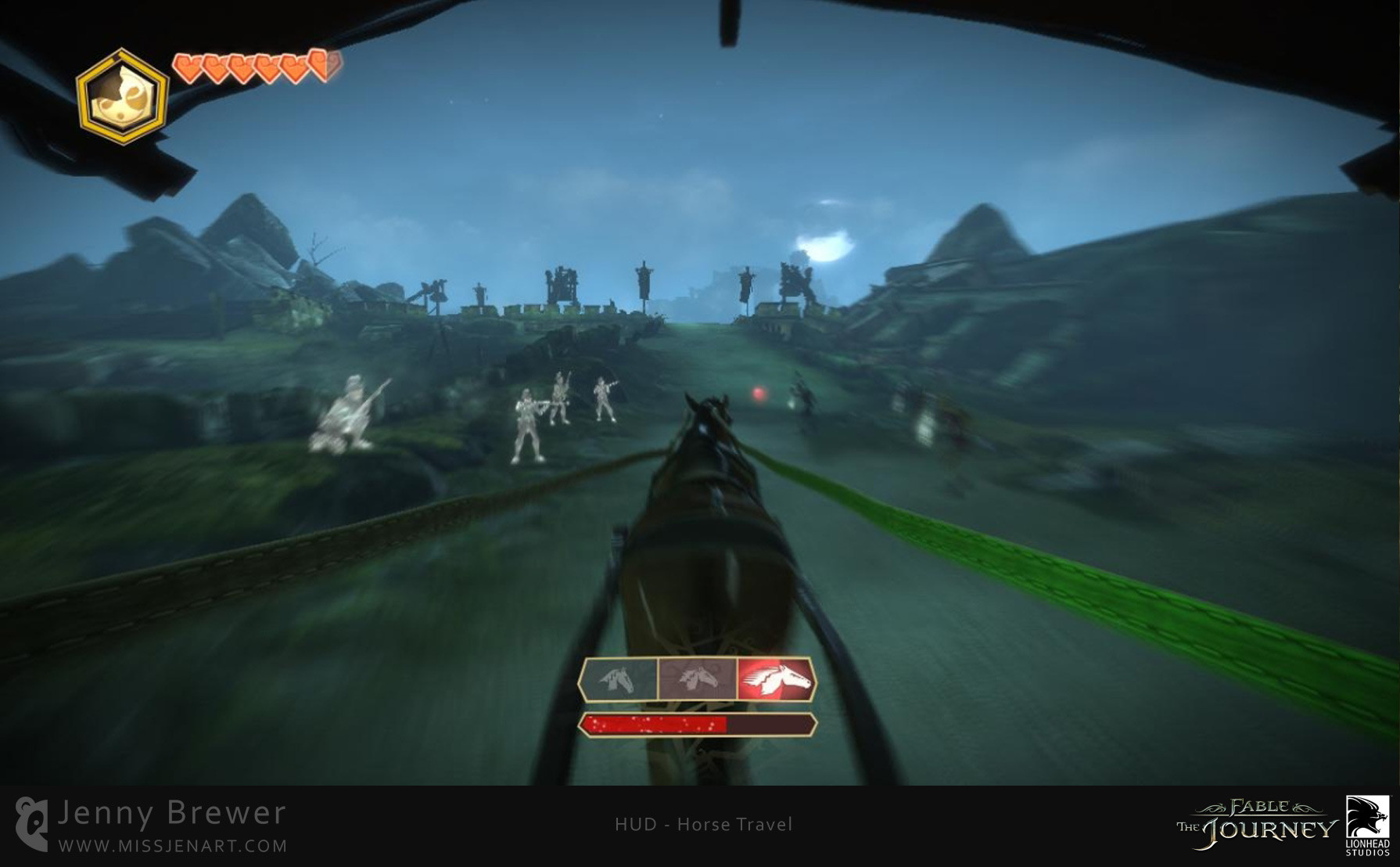 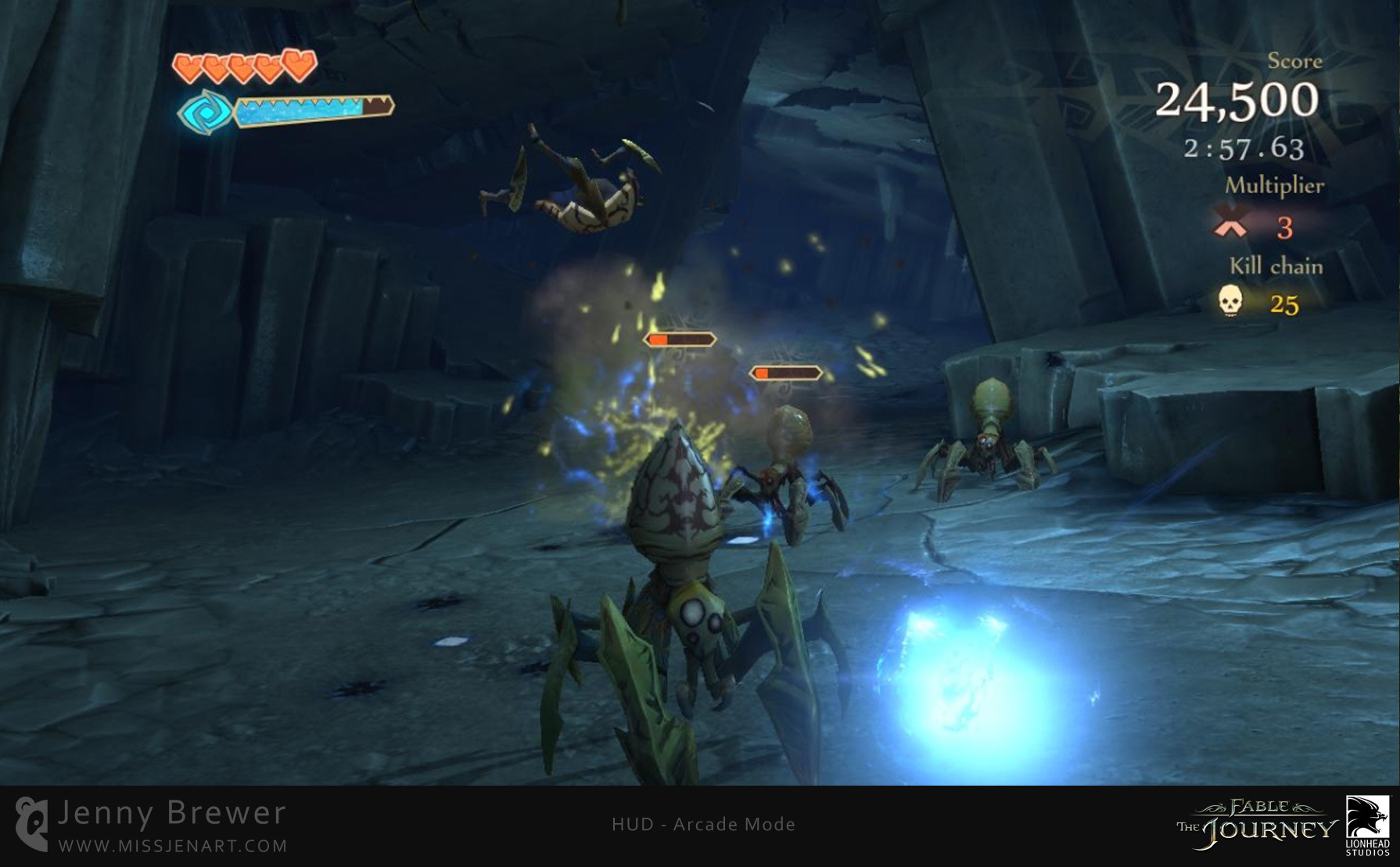 I started my career as a UI artist at Lionhead Studios working on the Fable The Journey game for Xbox 360 Kinect. I was tasked with creating an unique user interface style that would complement the game and the well known Fable franchise. I created a series of patterns and jagged swirl motifs which were used to frame HUD elements as well as in both the front end and pause menu screens.

The layout and placement of elements was carefully considered and created with Adobe Flash and Scaleform.

I am particularly proud of the health bar animations, each of the hearts shatter in turn as the players character takes damage. When the health is very low, the remaining hearts get larger and pulse, the animation gets more violent as the health decreases. The idea behind this is to attract the players attention, alerting them that they need to take defensive action to recharge their health bar.