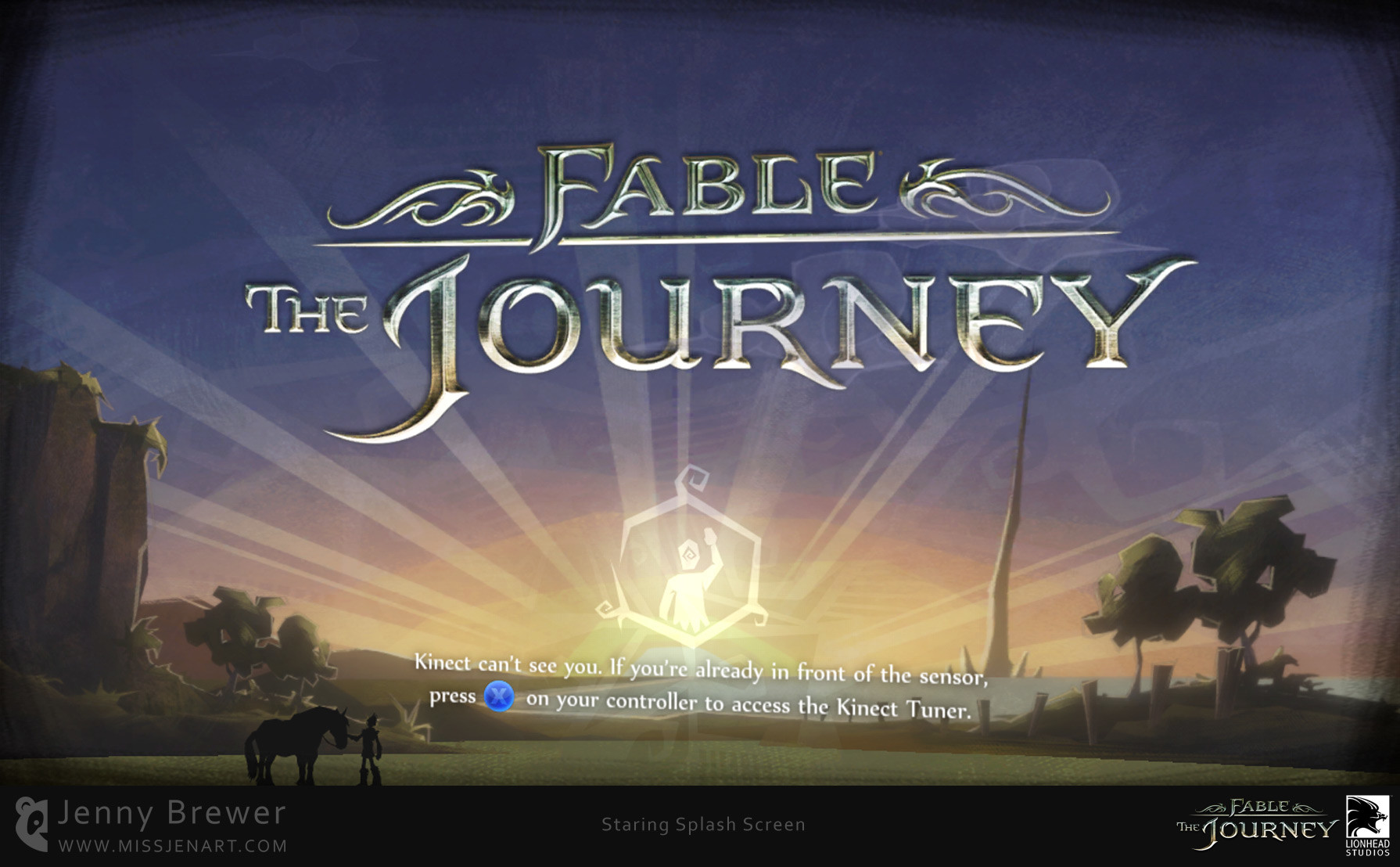 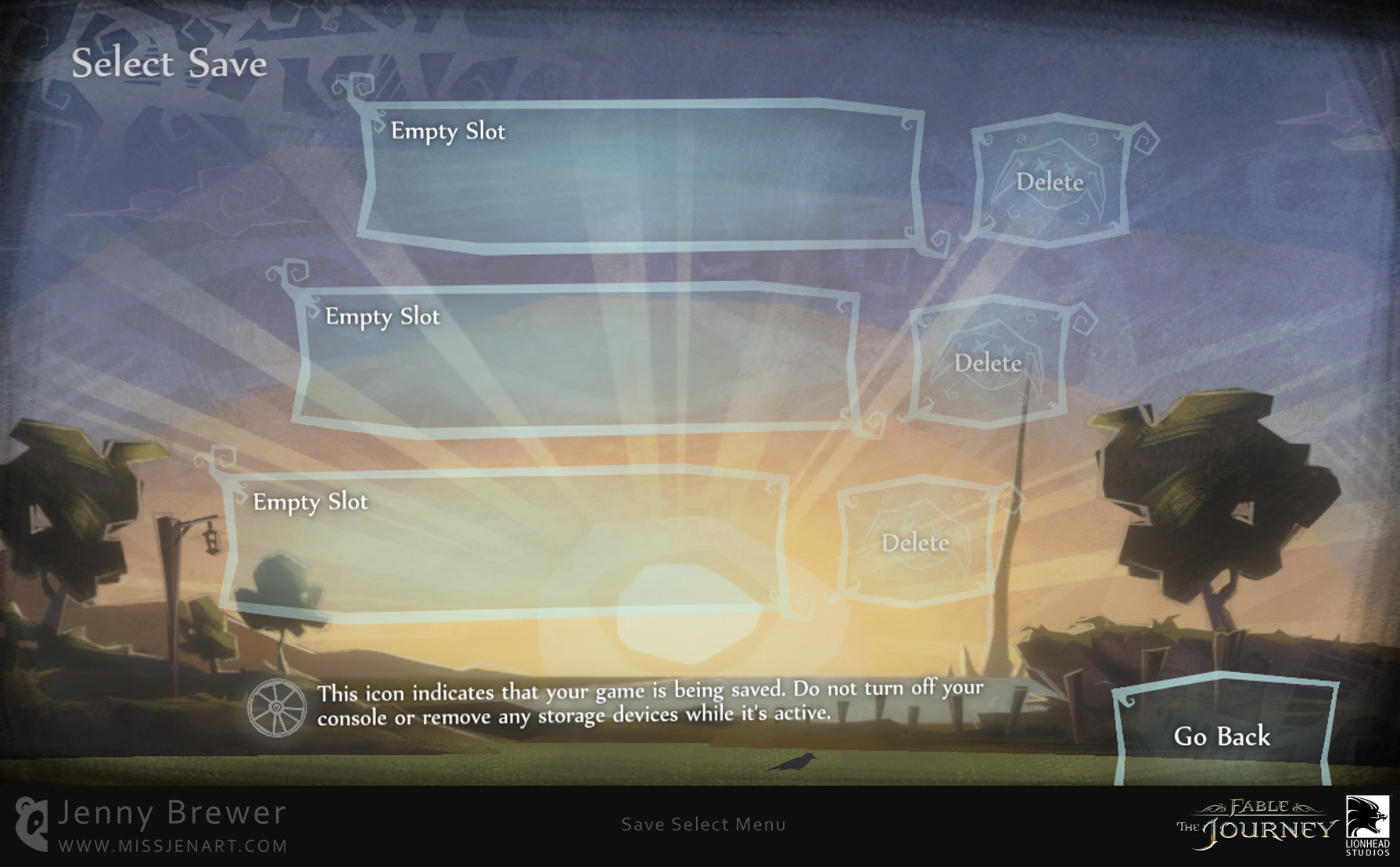 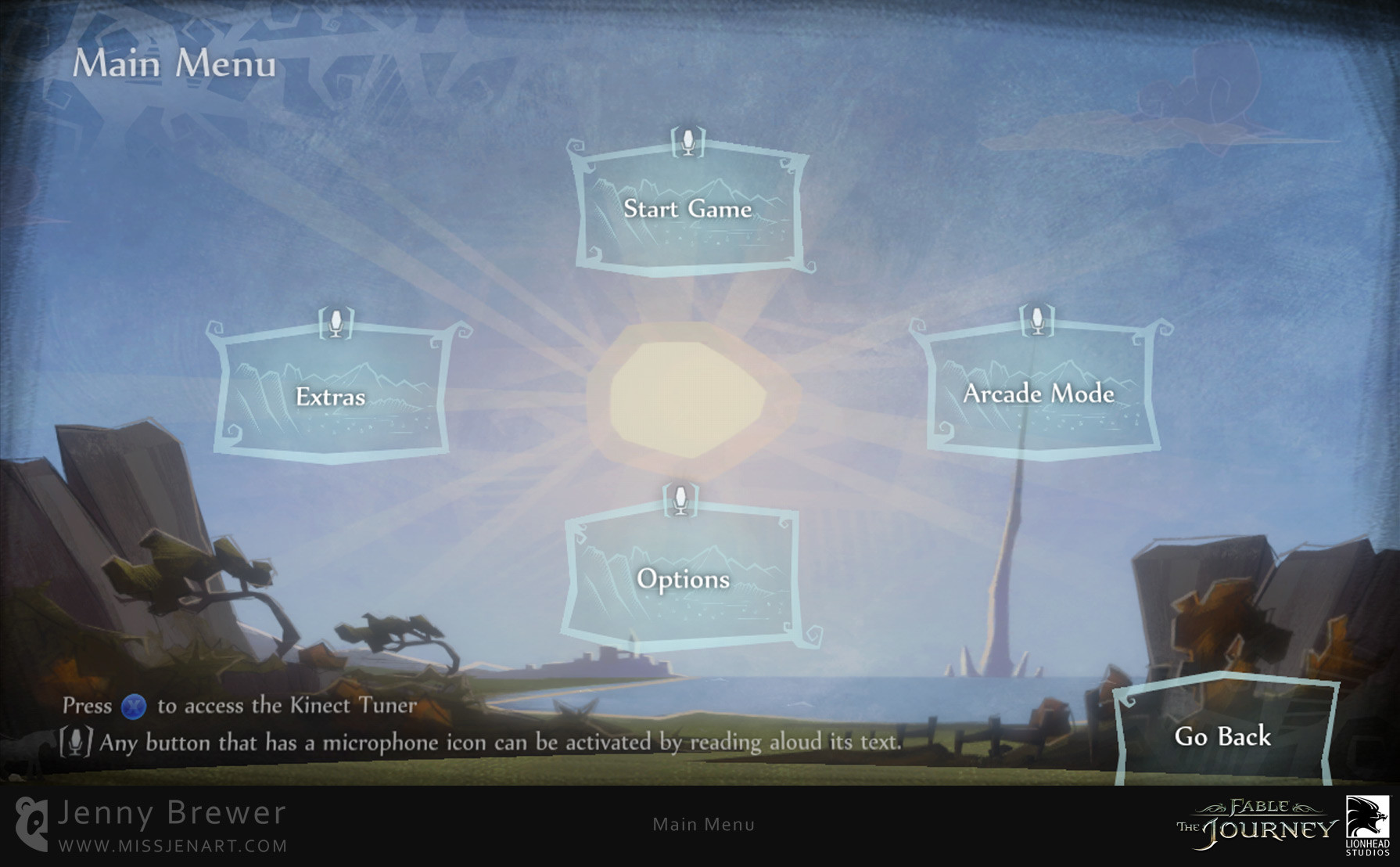 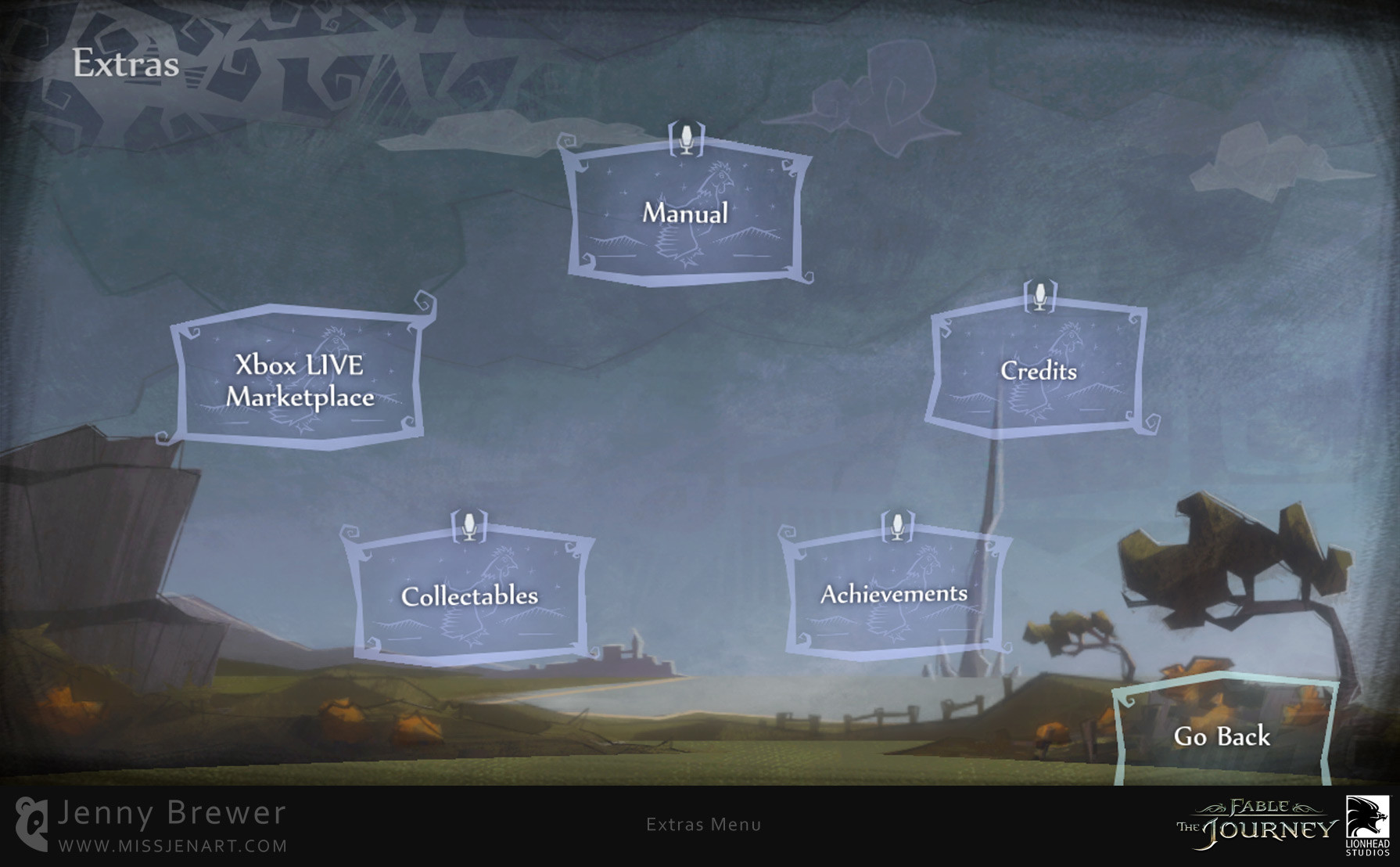 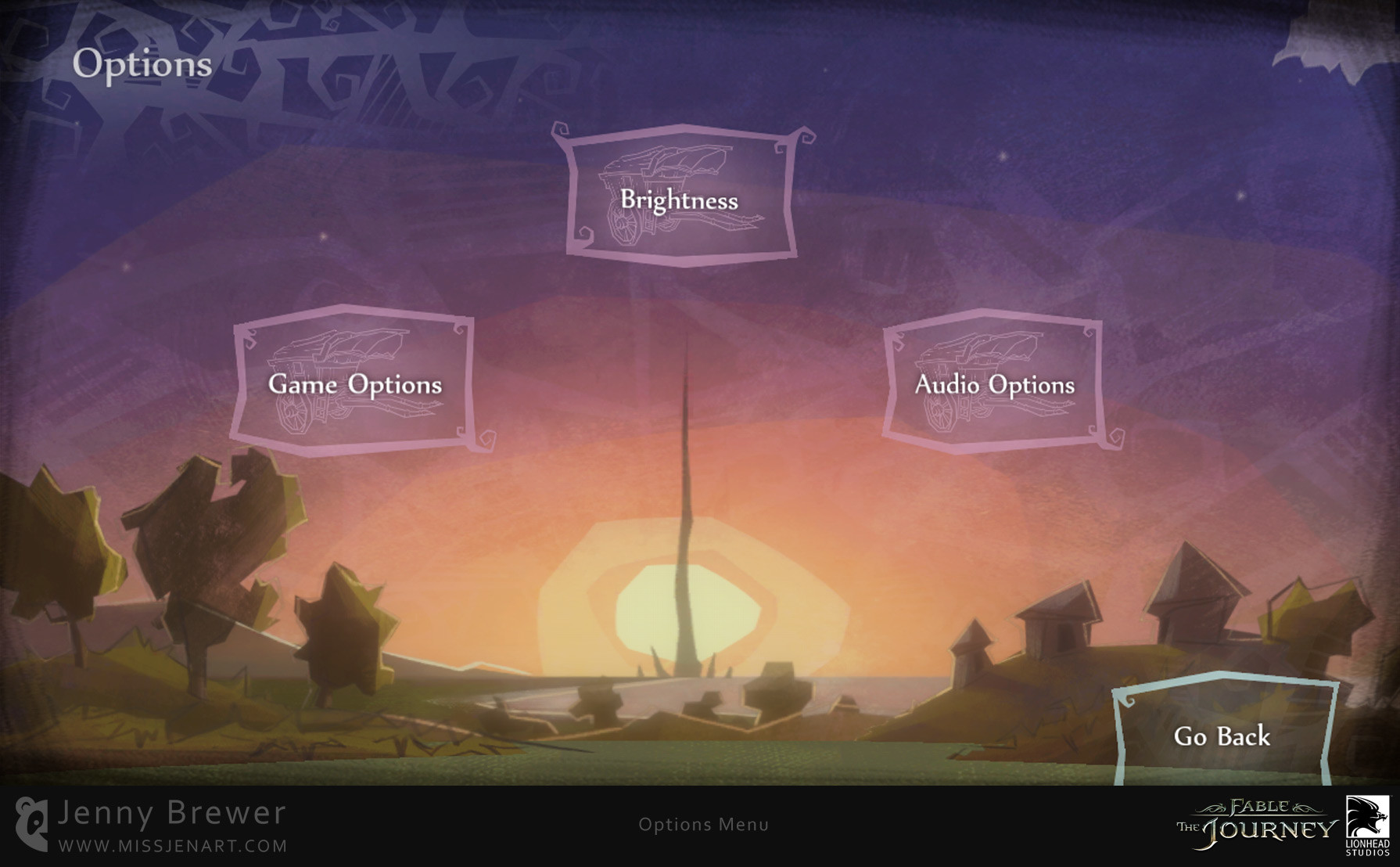 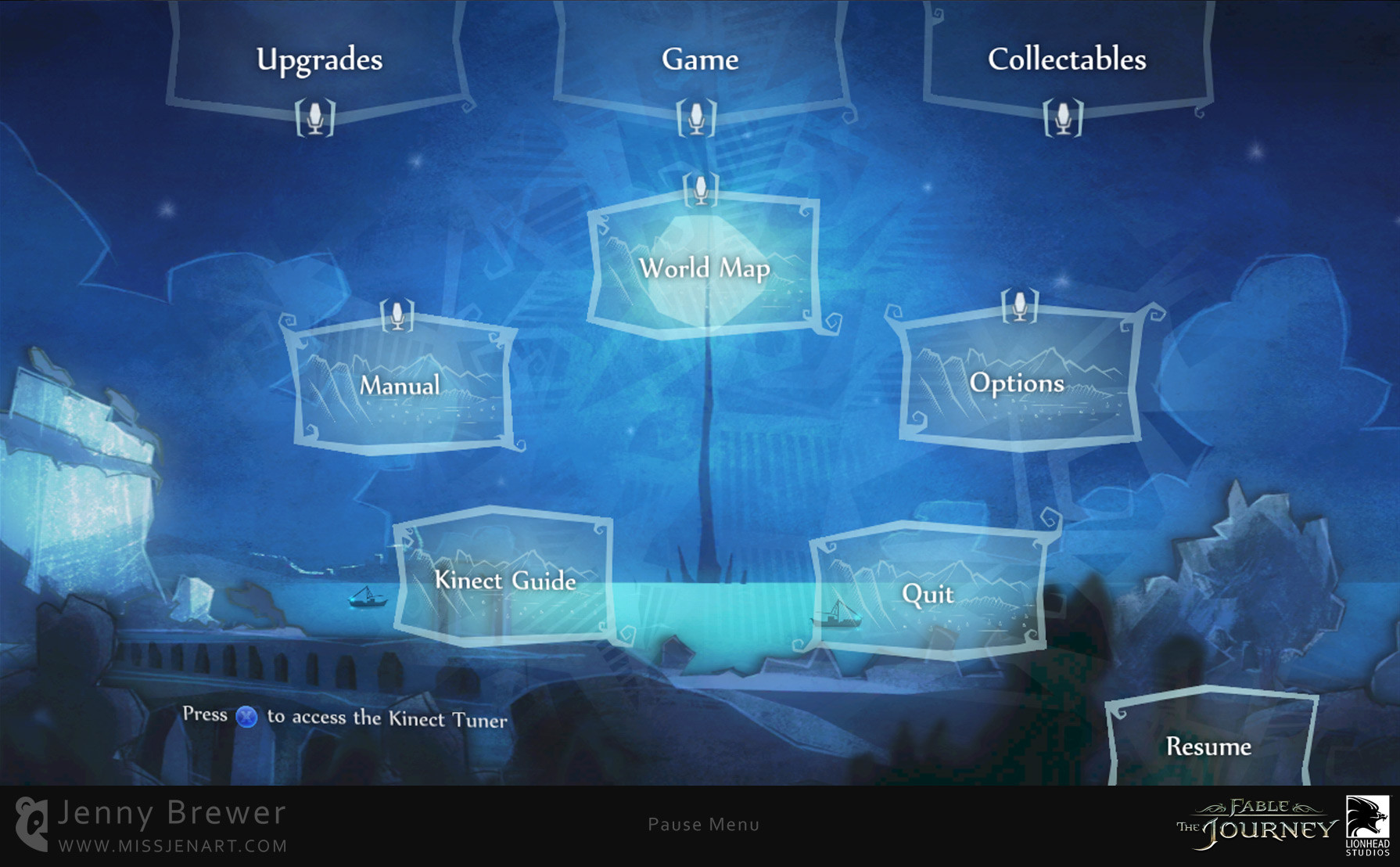 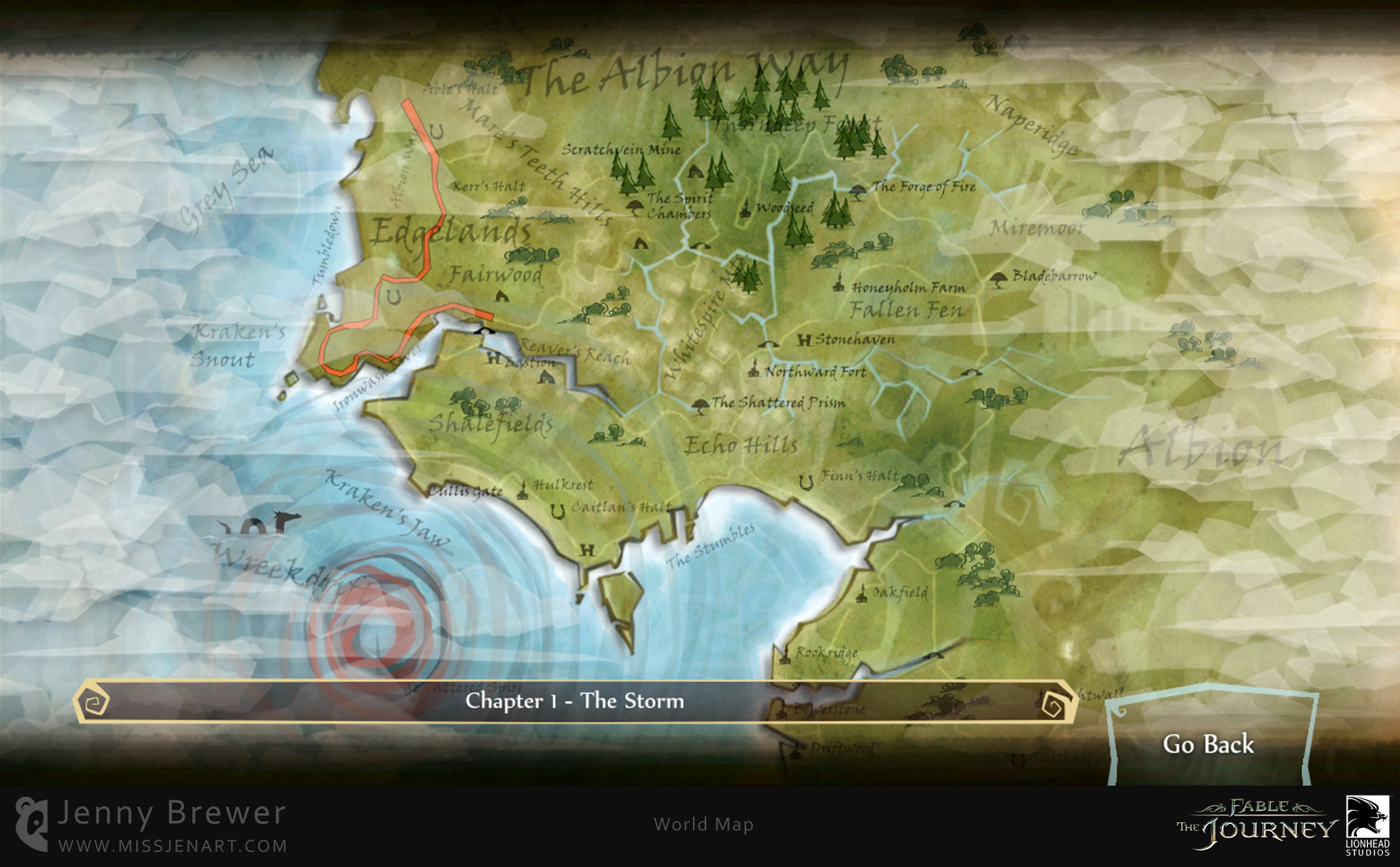 The Map screen shows your progress through the story of the game and is filled with little animations such as mini retelling of parts of the story, parting clouds, growing trees and hidden sea monsters for those with a keen eye! 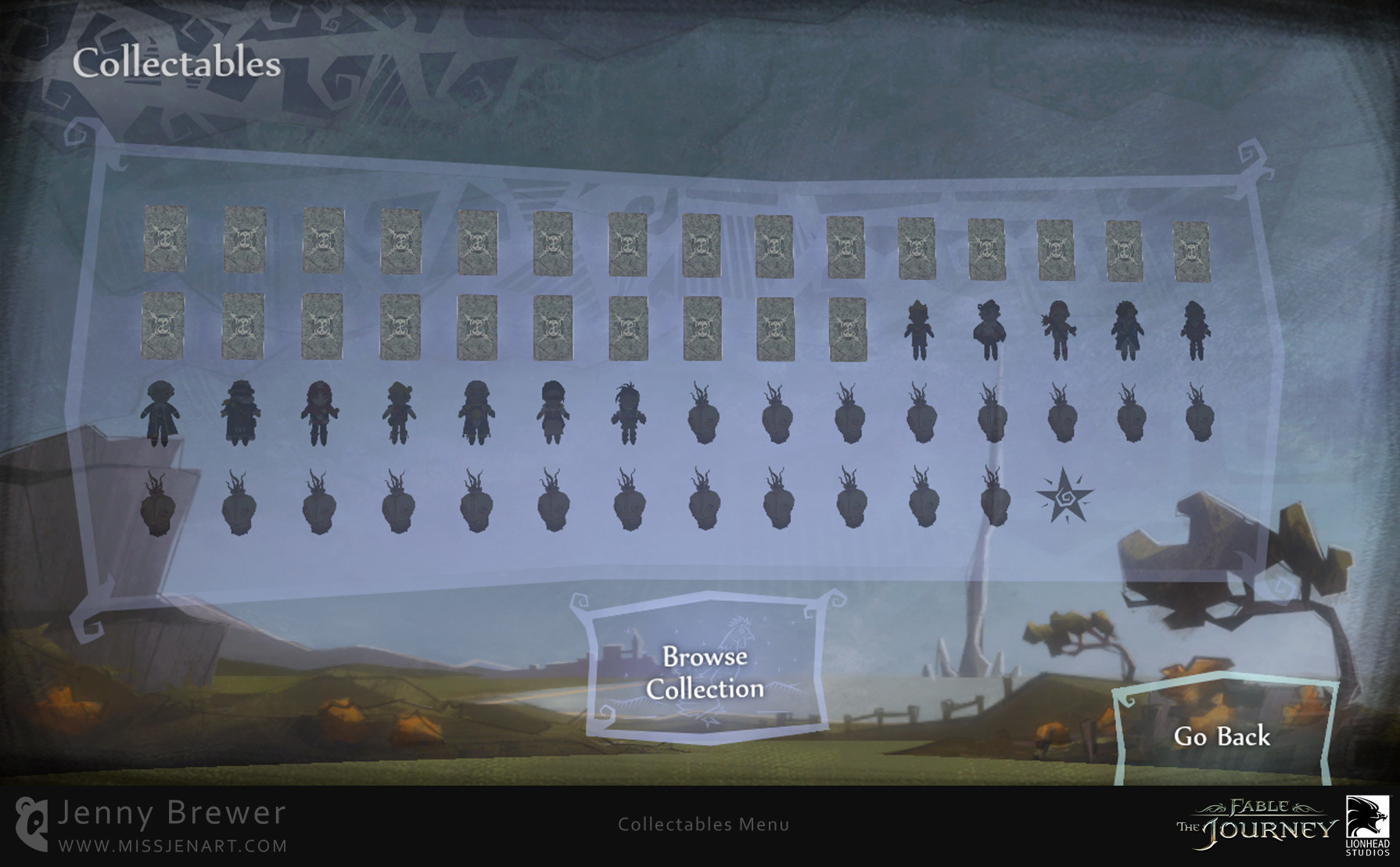 The collectables menu acts as a place to browse and read more about the items you can find and collect on your journey through the game. 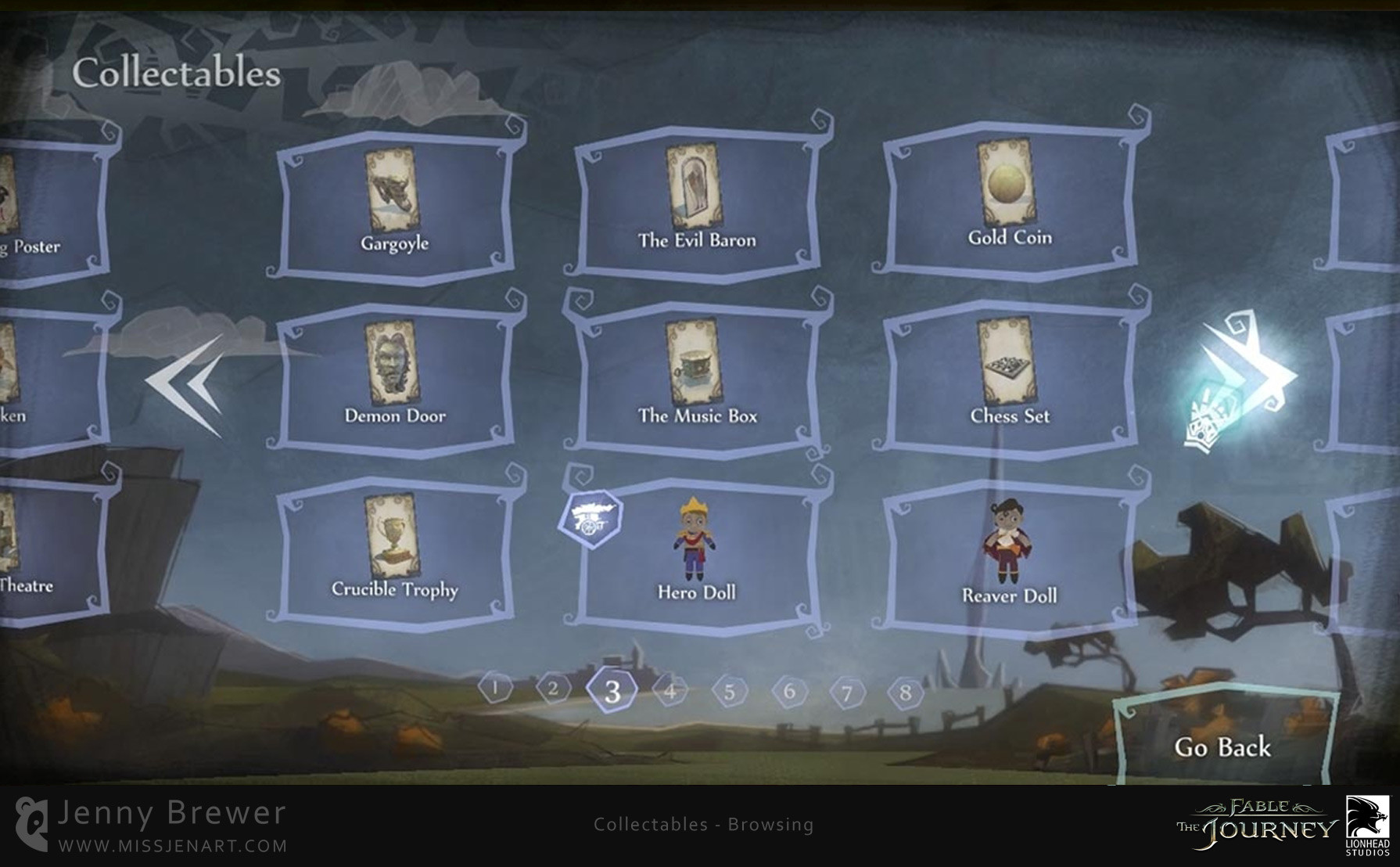 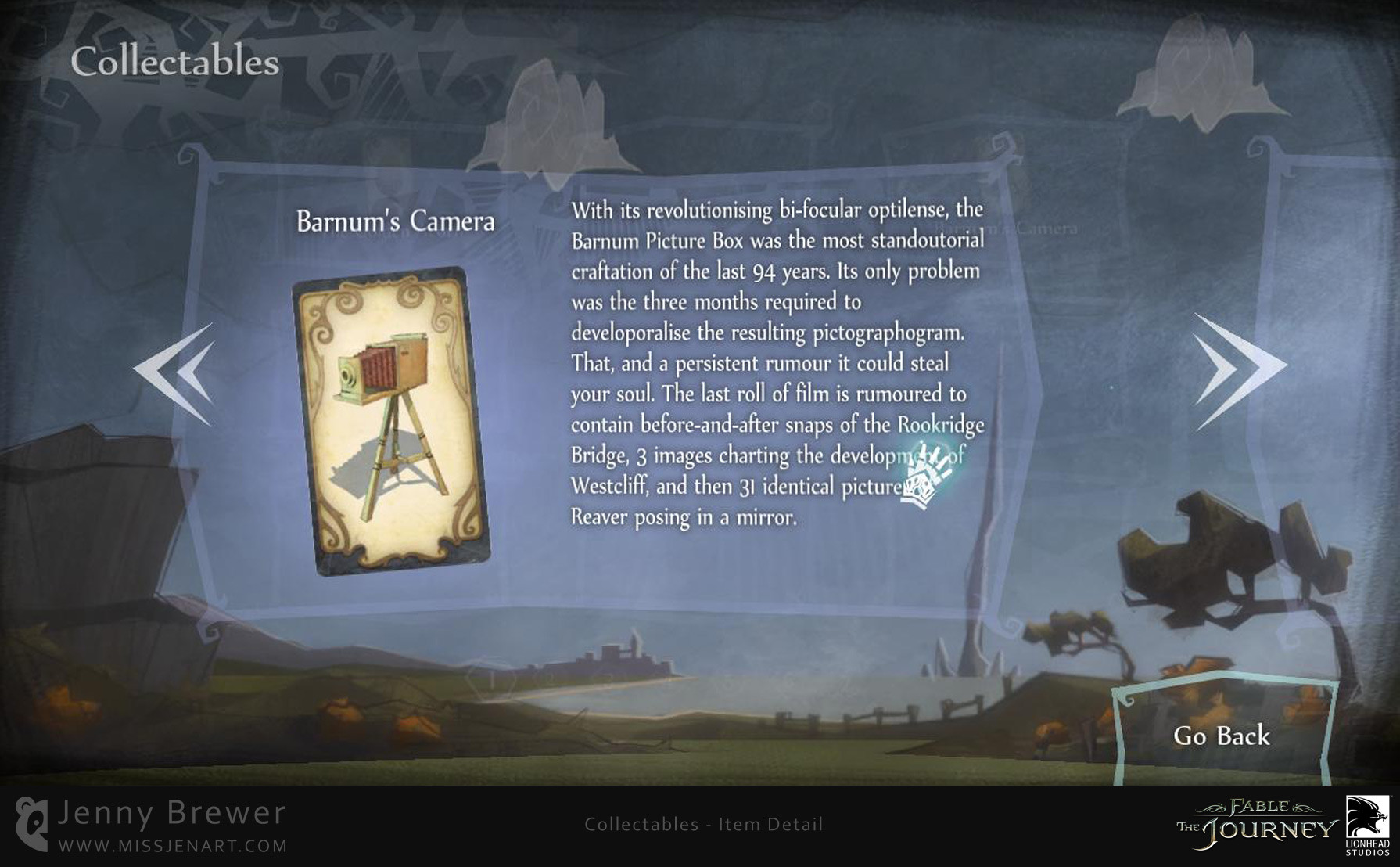 I started my career as a UI artist at Lionhead Studios working on the Fable The Journey game for Xbox 360 Kinect. I was tasked with creating an unique user interface style that would complement the game and the well known Fable franchise. I created a series of patterns and jagged swirl motifs which were used throughout the UI, including frontend menus, pause menu and in the HUD.